Power surges – why your computer hates them..

It’s generally taken for granted that the mains power that comes into your property just works and is right, however, it’s not that simple and is one of the common causes for hardware failures in PCs and their associated components.

Unfortunately, the mains power is not always as ‘clean’ as your electrical systems would like, and although each system has some level of protection, the effectiveness is tested constantly throughout the day.

Here is a representation of the mains power that should be coming into your property. As shown, it’s a ‘clean’ and ‘crisp’ 240v sine wave. Providing the voltage level (height) is correct (+ or -10%) and the frequency is correct (50Hz) then your systems will be very happy. 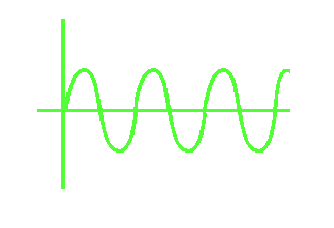 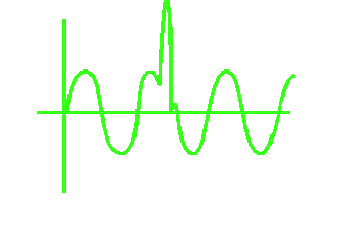 So what’s the big deal ?

The problem is that the spike can be of any size. The taller it is, the more voltage is supplied. Generally, power supplies in a PC have limited protection circuitry to deal with some of these spikes, however spikes can get through and this is clearly not healthy for the individual components.  The majority of the time, one or more components will fail immediately and although this will crash the computer, it is a definite fault that can be dealt with.

However, some components can just be damaged and appear to work but not particularly well i.e. ‘walking wounded’. As time goes on, they will degrade and will eventually stop functioning. The consequence of all of this is that the PC may not be very stable and may crash a number of times during the ‘walking wounded’ stage.

So where do these spikes come from ?

Unfortunately they can come from anywhere, in fact other appliances within the home can generate spikes etc., but these tend to be small spikes (unless due to old/faulty appliances).

Probably the worst culprit is mother nature with her lightning storms. A spike from a lightning strike can be phenomenal – producing millions of volts not just a couple, and the duration can be large.  There is a misconception that lightning has to strike a cable to cause a mains spike.  However it only has to strike close to a cable which can induce EMF (Electrical Magnetic Flux) that could produce a massive spike on the mains cable.